“Witchcraft, in various historical, anthropological, religious, and mythological contexts, is the alleged use of supernatural or magical powers.

"Historically, it was widely believed that witchcraft involved the use of these powers to inflict harm upon members of a community or their property.”

Because of this largely accepted scary idea (propaganda?) that witches use unexplainable powers to hurt people, witch-hunting was both common and legally sanctioned in Europe for 300 years, reaching its fever pitch from around 1550-1650 - during which time thousands  of alleged witches were found guilty.

Given the huge number of the accused who were killed, this witch-hunting fever has, in retrospect, been diagnosed by psychology professionals as mass hysteria. Many view it as a form of gendercide, since it was (not all, but mostly) women who were targeted.

There were a number of methods to "prove" an individual had dreaded magical powers, like the dunking test - a no-win situation for someone accused of being witch. If she survived, it was certain "proof" she was, in fact, a witch, so she was put to death. If she drowned during the test, that demonstrated innocence of being a witch, but – oops! – she was already dead.

“Magic is just science
that we don’t understand yet.”

A Theory about Witch-Hunt "Fake News"

In most cultures there have always been individuals - both men and women - who understood the power of plants - the calming, tonifying, healing, and aphrodisiac effects of various herbs and combinations of herbs. This must have seemed like magic.

In the same era when the witch hunts took place, modern medicine was just taking off. Then, (as now,) patient maladies were treated a tad more aggressively.  Feel sluggish? We’ll attach a few leeches to drain your blood. Have a cut on your leg? We better cut your leg off.

The results were hit and miss, and these doctors of medicine didn’t appreciate someone getting better results using so-called "magical" concoctions - especially if it was a mere woman. She's in league with the devil!

Ever since then, witches have gotten a bad rap.

My own idea of witches was formed from The Wizard of Oz, the TV show Bewitched, Grimms’ fairytales, and other stories. They all emphasized that a witch was defined by how she chose to use her magical powers.

I wrote a book called Witch Littles: Magic in the Garden and I was truly surprised when a few people suggested I take the word "witch" off the cover. They said some people could be offended, even frightened by it -?

As you can see, the cover is more light and playful than sinister:

What I realized from these conversations, was that my story was intended to help reinvent the word “witch” - so long associated with a frightening idea of people, usually independent women, using supernatural powers to inflict harm.

Witch Littles is magic realism rather than fantasy - my witches are normal little girls who communicate with nature and learn how powerful their intentions and words are. They discover we have a real effect on the world around us and the people in it.

Because they are motivated by love, they choose to use their powers for good.

The Wicked Witch of the West intimidates and enslaves others for selfish reasons, while Glenda uses her power to spread love and help Dorothy with her personal growth - more like how we think of an angel.

So, to me, a witch is someone with special powers, with the free will to choose how to make use of them. If she or he is self-involved, greedy or uncaring, they might be tempted to harm others.

If they want to contribute to the well-being of others and the planet, they can use their powers for good.

We All Have a Choice

We each have gifts and powers - and we each have a free-will choice - do we hide from our own power, pretending we’re helpless, feeling like a victim of life?

Do we use our abilities to manipulate, cheat or hurt others?

Or do we use our gifts and powers to do good, to share love, and offer assistance?

If so, Glenda the Good Witch could be an example of how to do this gracefully - she was there to help,  without imposing any agenda on Dorothy.

A miracle is an unexpected event attributed to Divine intervention.

To me, magic is using our free will and positive intentions to work with the Divine (the unified field, infinite wisdom, unconditional love, life force energy) to bring about the results we desire - especially if they seem impossible to achieve on our own. 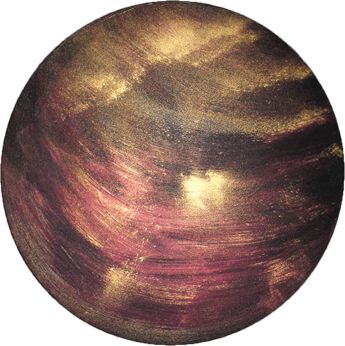